Text by Amy Hale, Anthropologist and folklorist and biographer of Ithell Colquhoun

La Cathédrale Engloutie (trans: The Sunken Cathedral) is a 1952 aerial view of partially submerged stone monuments situated on the tiny island of Er Lannic off the south coast of Brittany. Initially the monuments would have been both on land, but with time and rising sea levels one of the monuments has been partially submerged, only visible at low tide. While today the monuments are semicircular, Colquhoun renders them in an idealized and pristine form as a cosmic lemniscate or infinity symbol, that which floats above the Magician in tarot decks but here flanked by two single megaliths emerging from the water. The title of the painting refers to the 1910 piano composition of the same name by Claude Debussy, who apparently shared Colquhoun’s animist sensibilities. Debussy was inspired by the Breton legend of the sunken city of Ys, where only the cathedral would still occasionally emerge on clear nights, filled with otherworldly music, only to recess back into the deep. This painting serves partially as a commentary on Colquhoun’s imaginings of ancient spiritual technologies where the true cathedral was forged from the living stones.

La Cathédrale Engloutie reflects a number of key themes in Colquhoun’s work: her interest in islands, stone monuments and the convergence points of land and water which Colquhoun held to be exceptionally powerful. Colquhoun painted other somewhat fanciful aerial views of antiquities, Landscape with Antiquities (Lamorna) 1950 and Rocky Island (1969). Each of these paintings is arranged like a mythic ordinance survey map, reflecting deeper relationships with a fictional and idealized landscape of sacred sites. Colquhoun was also compelled by the mystery of sites which are submerged and reemerge with tidal flows, a sacred rhythm of concealing and revealing, suggesting the Surrealist convulsive landscape and the breaking through of the subconscious mind to the conscious. Her Linked Islands I and II from 1947 also explore this theme through the story of the Old Man of Gugh standing stone and Santa Warna’s Well in the Isles of Scilly, two antiquities that Colquhoun visualizes as lovers, perpetually separated and reunited by the motion of the tides. In La Cathédrale Engloutie the submerged nature of the stone cathedral is not to be mourned as a lost temple. Instead, Colquhoun recasts it as a mystery that speaks to elemental balance, a revelation of the convulsive landscape, the play of the seen and unseen, and an eternal meditation of time and tide.

Ithell Colquhoun studied at Cheltenham Art School (1925 – 7) and the Slade School of Fine Art (1927 – 31), winning joint first prize in the 1929 Summer Composition Competition.  After discovering Surrealism in Paris in 1932, she held her first solo exhibition at Cheltenham Art Gallery in 1936 and in 1939 joined the British Surrealist Group, showing alongside Roland Penrose at the Mayor Gallery that June. She was particularly interested in automatic painting and how it could unlock not just the unconscious mind but also the mystical.

Despite her expulsion from the British Surrealist Group in 1940 due to her increasing preoccupation with the occult, Colquhoun remained active in Surrealist circles; she was married to Toni del Renzio from 1943 – 48. She wrote and illustrated numerous books, including The Living Stones: Cornwall (1957), and exhibited in London at the Leicester Galleries and with the London Group, as well as in Regional galleries and abroad. She took part in several Surrealist retrospectives in the 1970s, including a solo show at the Newlyn Gallery in 1976, and the terms of her will bequeathed her studio (over 3000 works) to the National Trust, which in 2019 was transferred to Tate. 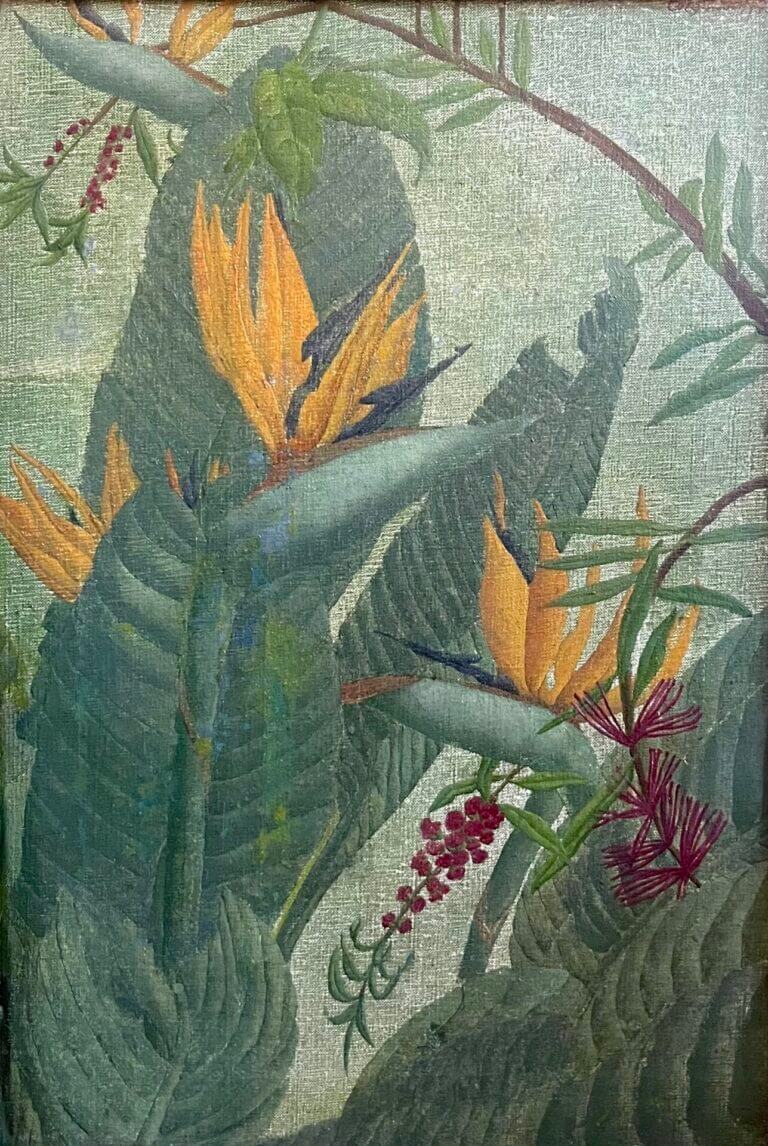 Autumnal Equinox
Colquhoun, Ithell
1949
We use cookies on our website to give you the most relevant experience by remembering your preferences and repeat visits.
By clicking “Accept All”, you consent to the use of all the cookies. However, you may visit "Cookie Settings" to provide a controlled consent.
Cookie SettingsAccept All
Manage consent