Woman with Pigtail is a rare example of Jean Milne’s simplified and expressive sculptural vision. One of the few women to be part of the English direct carving revival – of which Eric Gill is the most well-known practitioner – she was also influenced by the clean geometrical lines of modernism, seen in the work of artists such as Constantin Brâncuși and Jacob Epstein. When Milne had her first solo-show at the Paterson Carfax Gallery in Old Bond Street in 1920, the critic of American Art News (Vol. 18, Issue 37) admired the sense of mystery in her work, and how she allowed simple lines and surfaces to speak for themselves: ‘Miss Milne belongs to the steadily increasing number of artists who carve directly onto the stoneitself, and thus avoid the pitfalls of undue ornamentation which come so easily to those who affect plaster modelling, leaving it to others to work out their ideas in the more difficult material. Hence there is a directness and simplicity which remind one at times of the archaic, at others of the ultra-modern Serbian masters”. Text by Sacha Llewellyn, 2022. 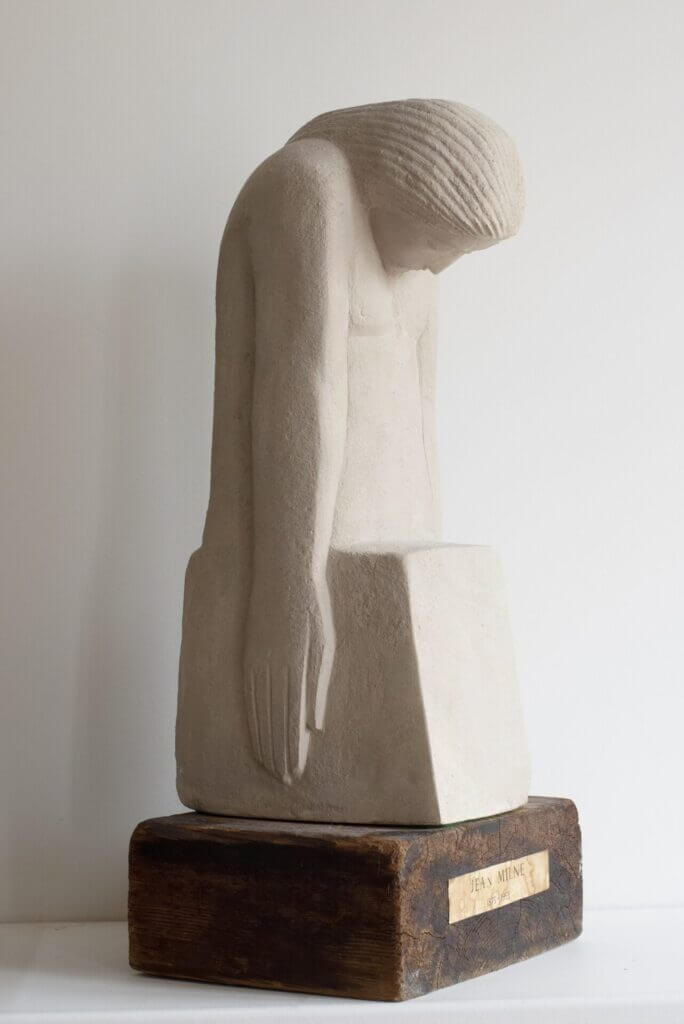 H40.8cm
Inscribed on the base. Carved Portland stone on a wooden pedestal. 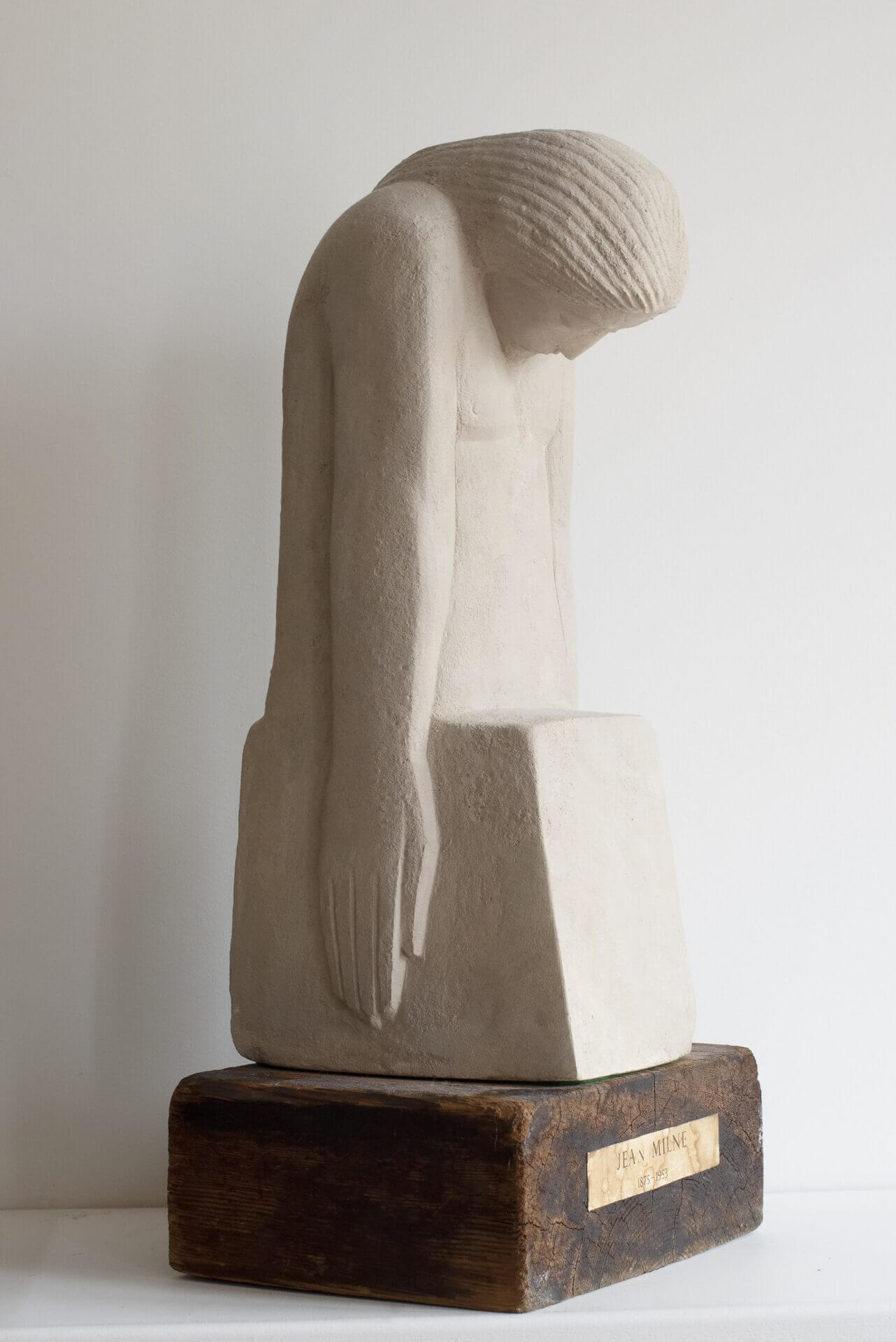 Jean Milne was born in Benares, India. Working in London from the 1910s, she became an important member of the direct carving revival and was perhaps the first woman sculptor in England to be influenced by the modern movement. In 1921 one reviewer compared her work to ‘Eric Gill and his followers’ but said that ‘she aspires to fuller form than Gill and to greater pictorialism’. She contributed the preface to a monograph on Ivan Mestrovic in 1919 - a publication that helped to spread Mestrovic’s influence in Britain. In 1920, she had a solo show at Paterson and Carfax Gallery in London called ‘Stone carvings and other sculpture by Jean Milne’ which received critical acclaim. She exhibited widely, at the International Society of Sculptors, Painters and Gravers, at the Royal Scottish Academy, and the Royal Academy. In her later years Milne concentrated on metalwork and rug and tapestry weaving in the Arts and Crafts manner.