Text by Ed Vulliamy, Guardian journalist and great nephew of the artist.

The presence of my great aunt Gladys Hynes has ebbed and flowed through my life in various ways, few more cogently than the dietrologia – as the Italians say, the schema of what lies behind things – of this painting. Which, since I have been a war reporter, is unsurprising: it depicts a profiteer from warfare; the iniquitous city gent, a fearsome nonentity, in pin stripes with mechanical arm, grenade and bulging codpiece – his masculinity made base.

In addition to the depicted title, an inscription (possibly by Aunt Gladys) on the back reads: “Penny for the Guy – the thought that all war is caused by the faceless money men of the City.” The same figure recurs in one of Hynes’ meticulous but appositely mystical line illustrations to the Cantos nos. XVII to XXVII by her friend Ezra Pound – that to ‘Canto XIX’.[112]

Aesthetically, Gladys defies utterly that dictum whereby artists are, as Delacroix put it, “fossilized into schools”. She is singular in every way, as she was in her life. Gladys and her sisters – older Eileen, my grandmother, and younger Sheelah – were Irish republicans, suffragettes and socialists, and also pacifist in a way that seemed to apply to everywhere apart from Ireland (they supported the revolution and opposed the treaty) and republican Spain. And there is searing pacifism in this picture, though not of the kind the war artists had brought home in 1918. Painting in Britain and Germany was famously haunted by World War One and its aftermath, but Gladys here addresses the ‘just war’: its sequel, as early as 1940, when Europe – apparently doomed – was yet to learn the worst about the Third Reich. Her subject is not war or the pity of war, but those of whom Bob Dylan wrote in his great Masters of War: “Ye that build the big guns”.

Gladys’ ‘Master of War’ wears a pallid mask, evocative of James Ensor, to give him oblique indifference; “Ye that hide behind walls / Ye that hide behind desks”, wrote Dylan. He is bane and demoniac, while Gladys was a devout Catholic. What this man does makes even the Angels weep; for Dylan, “even Jesus would never forgive what you do”.

In this way, Gladys’ painting is of, yet transcends, its time. Looking at the painting now, she depicts those who grew rich from every shell that fell on the Sarajevo I reported, under siege; the lucrative, sordid malevolence of fortunes made by those who ravaged Iraq while I worked there; those squalid billions laundered with impunity; proceeds from the carnage of drugs wars I write about, from Mexico and Colombia, snorted up Europe’s and America’s noses for kicks; every line of blood. It could be the money made from British weapons sold to Saudi Arabia that rain down on children in Yemen, or the American military-industrial-complex that crushed Latin America for most of my lifetime. Gladys paints this. She was an effervescent woman but also passionate, and wore her righteous rage as well as her poetic imagination in paint.

Post Scriptum: In June 2018, I arranged to meet the curator of this exhibition and catalogue for lunch, to discuss this painting. By the end of the same day, by pure serendipity and through an entirely different route, she had become its owner. So that this picture at least returns, as it were, to the family. 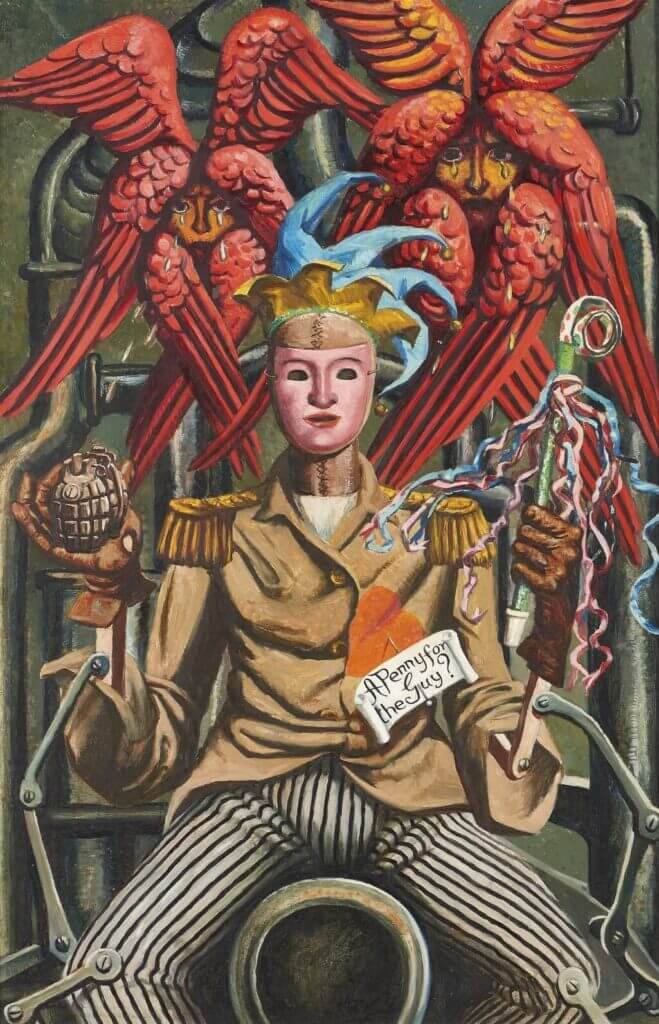 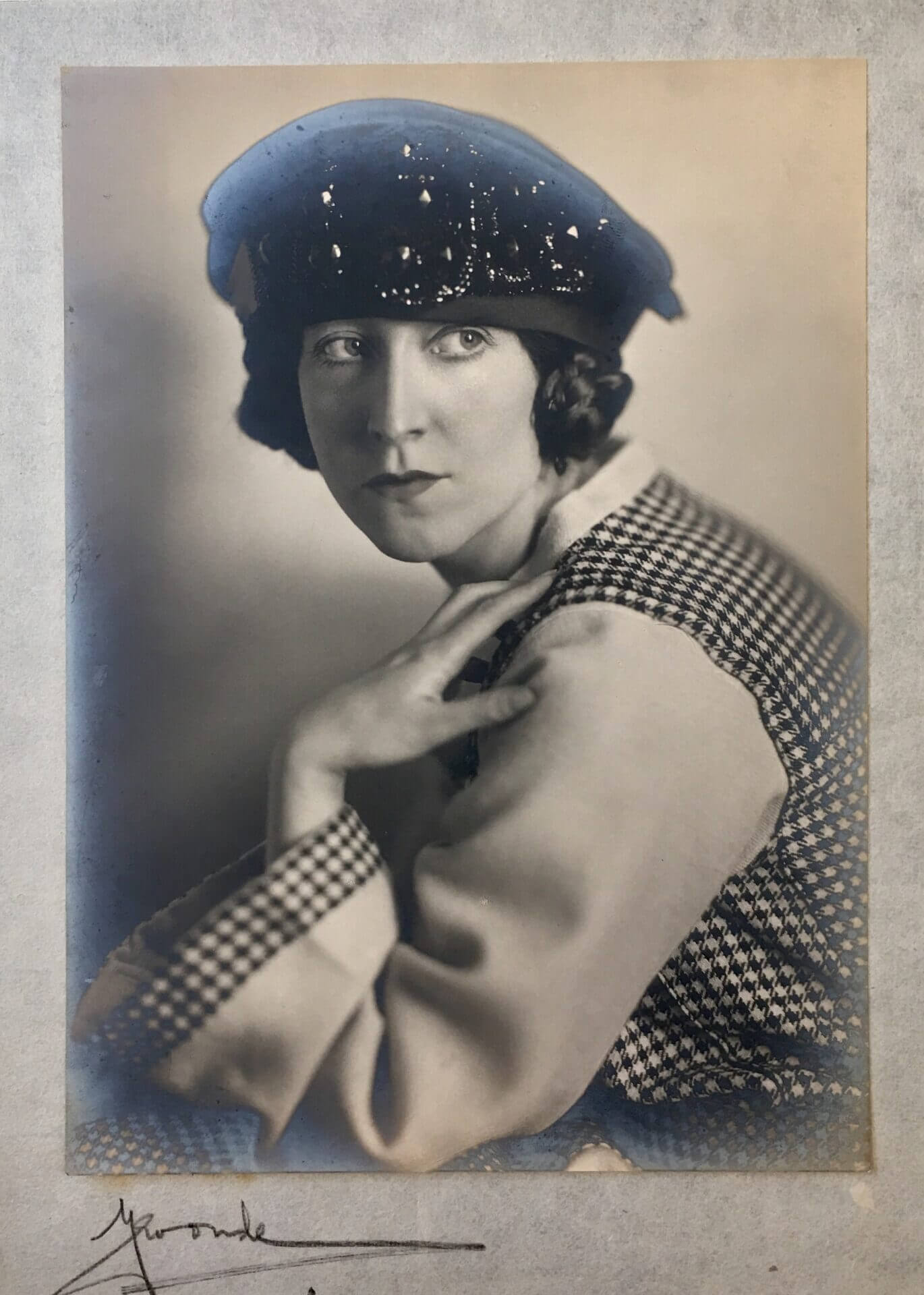 Gladys Hynes was born in Indore, India, emigrating to London with her family in 1891. She later studied at the London School of Art in Earl’s Court where she developed a close friendship with Nina Hamnett. After her family moved to Penzance in 1906, she attended the Stanhope Forbes School of Painting, Newlyn. She returned to London in 1919, where she settled in Hampstead, taking lodgings with the modernist poet and publisher John Rodker. Hynes was a supporter of the Irish Republican cause (her correspondence with Desmond Fitzgerald is the subject of an article by Ed Vulliamy in The Guardian 26.03.2016). A member of the Catholic Women’s Suffrage Society, she was also an impassioned campaigner for women’s rights, often challenging the social construction of gender and sexuality in her work. Many of the paintings she produced during WWII were influenced by Surrealism and shaped by her mainly pacifist convictions. During her career, Hynes contributed to Roger Fry’s (1866-1934) Omega Workshops, illustrated books – including the folio edition of Ezra Pound’s A Draft of the Cantos nos. XVII to XXVII (1928) – undertook sculpture commissions and theatre designs. She exhibited with the Royal Academy, the London Group, the International Society of Sculptors, the Paris Salon and at the 1924 Venice Biennale. 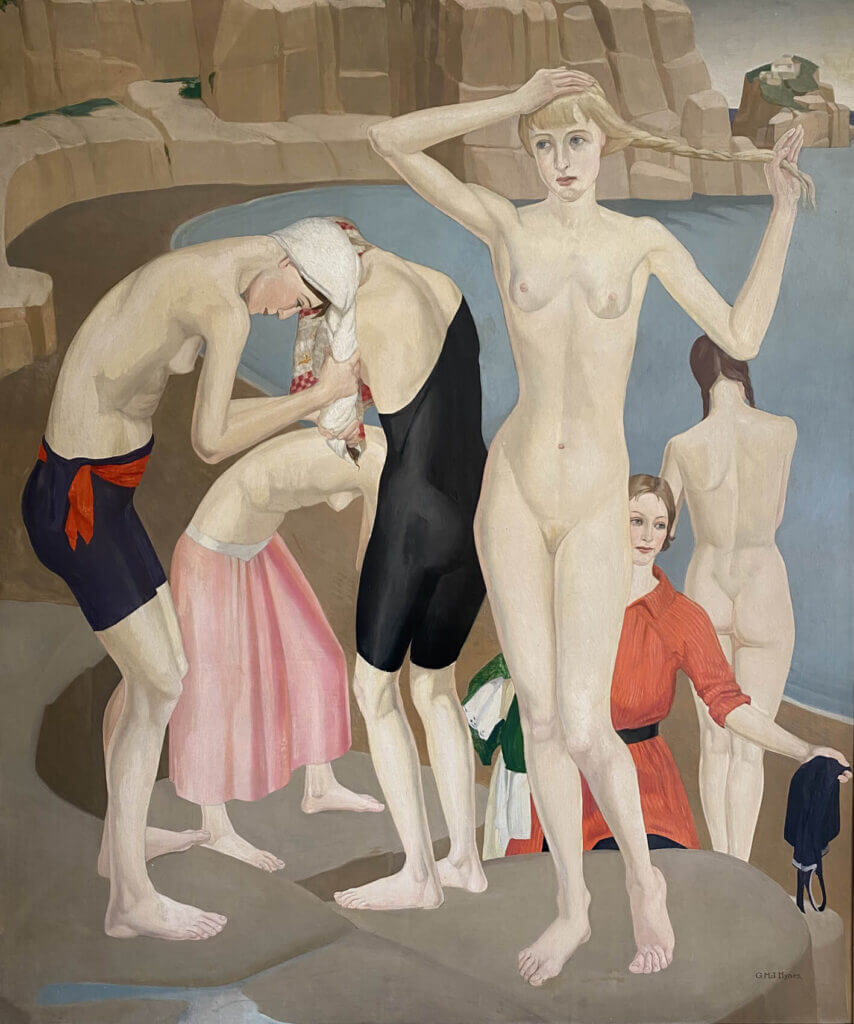 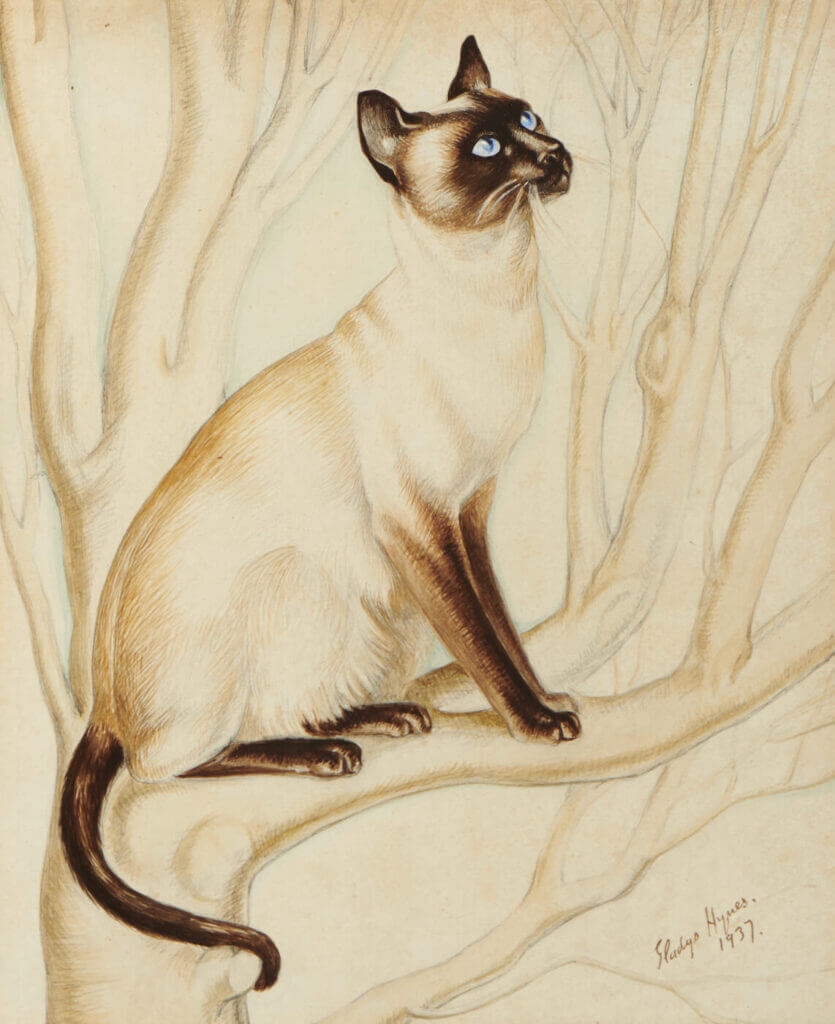 Siamese Cat in a Tree 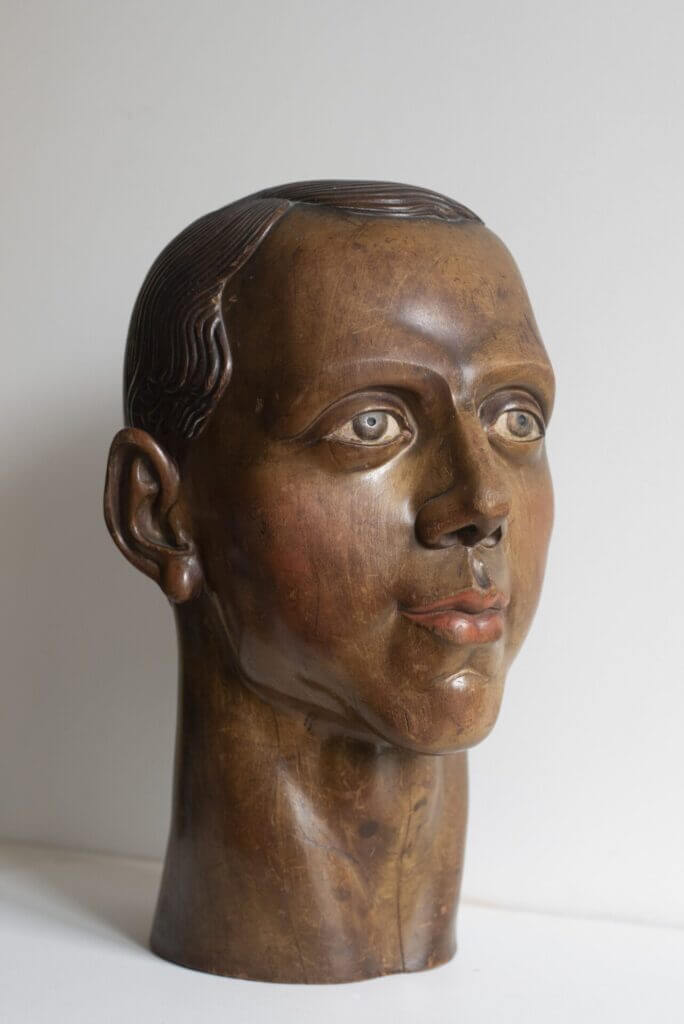