A Candle of Understanding in Thine Heart

During her six-decade career, Marion Adnams forged a reputation as a painter of deeply distinctive and dream-like visions inspired by the Surrealist movement. Fascinated by stones, shells and other objects found in the countryside, she created disturbing juxtapositions to produce meditations on life and death. In 1964, during a walk in the Vaucluse, France, Adnams became captivated by a beautiful stone filled with holes: ‘The big stone had a personality. It stood silhouetted against the sky, silent and inscrutable, its many holes and cavities like un-seeing eyes. It was calm and dignified and yet at the same time there was something faintly disturbing about it’. Describing it as ‘a piece of modern sculpture’, Adnams posited, ‘Nature thought of the idea before Henry Moore!’.

In her unpublished autobiography, The Enchanted Country, Adnams described how she set about creating this painting – A Candle of Understanding in Thine Heart – whose title is taken from the extra-canonical works of Estras. Setting the stone against a beautiful sky, ‘intense blue, changing to gold as it neared the horizon…a sunset calm’, she then juxtaposed it with nine snails – symbols of wisdom, persistence and harmony – with a tiny flame burning in each so that they became little lamps. ‘I cannot explain why I saw the shells as lamps, but I was quite certain about it’, Adnams explained. However, three years later, when she returned to France and visited the little museum at Apt, the reason behind her use of snail-lamps became crystal clear to her: ‘I saw there, for the first time, a collection of Roman votive lamps, made of clay, and found frequently on the hills near here. In shape and size, they resembled exactly my snail-shell lamps’. 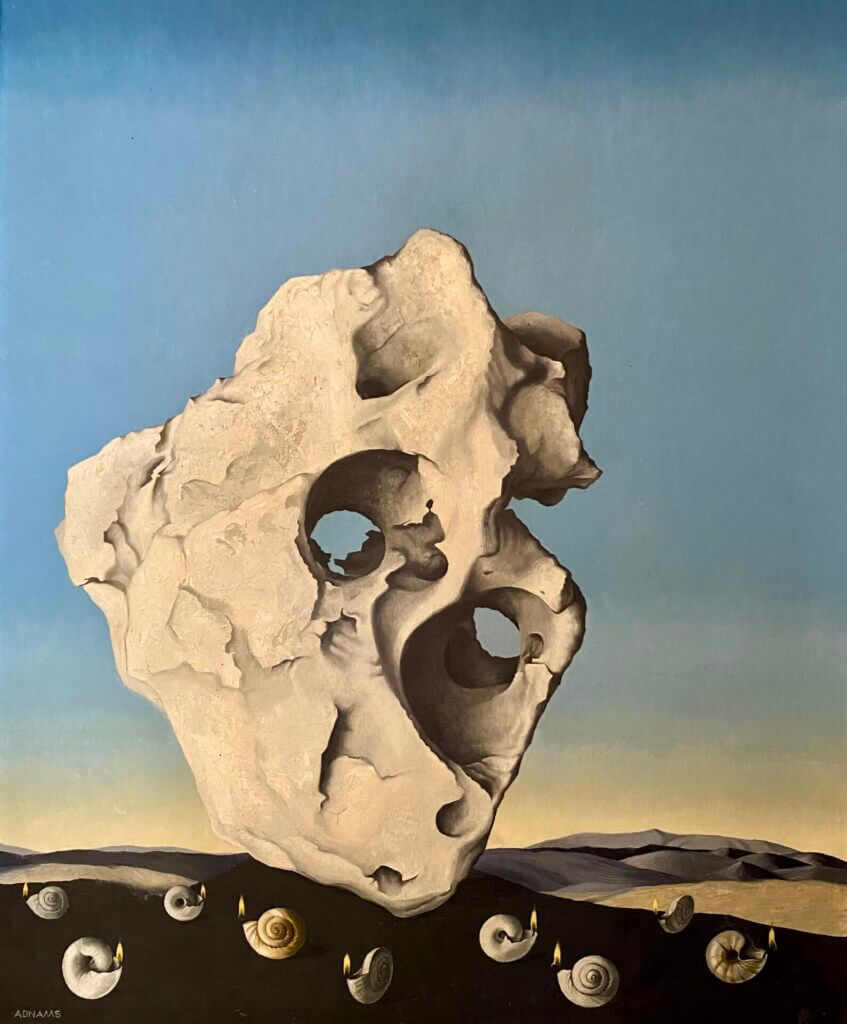 Marion Adnams (1898–1995) initially trained as a modern languages teacher. However, after woodcuts she made while travelling in Europe during the 1920s received significant praise when she exhibited them at Derby Art Gallery and with the Derby Women’s Club,  she retrained at Derby School of Art, qualifying as an art teacher in 1938 and becoming Head of Art at Derby Training College in 1946 . 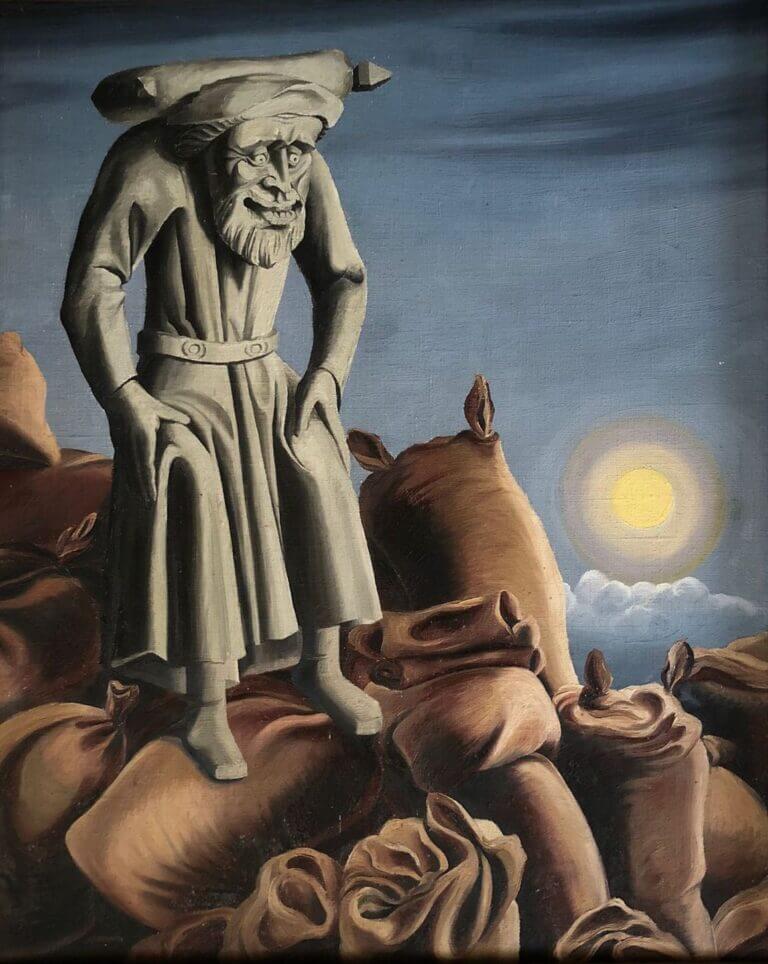 Medusa Grown Old
Adnams, Marion
1947
We use cookies on our website to give you the most relevant experience by remembering your preferences and repeat visits.
By clicking “Accept All”, you consent to the use of all the cookies. However, you may visit "Cookie Settings" to provide a controlled consent.
Cookie SettingsAccept All
Manage consent