This survey exhibition curated by Vitra Design Museum explores how one of the most groundbreaking and influential artistic movements of the 20th century – Surrealism – came to impact all aspects of design through its questioning of the conventional and its commitment to exploring the mind, unconscious and mystical. Originally founded as a literary movement in 1924 by André Breton, surrealism’s disruptive impact was felt across all creative industries: architecture, design, furniture, fashion, film, and more recently, music. The underlying thought behind the movement was that by releasing our creative imagination from the rational and conventional, our reality becomes limitless. By moving away from utilitarian and functional ideals, everyday objects can transform into fantasy, bodies become vessels of mystique and fetish, our gender and sexuality become entirely subjective. In other words, by liberating our entire thought process so that we are no longer constrained by the laws of nature, scientific fact or societal constructions, we can define our own reality.

Whilst the show does not achieve an equal rate of inclusion, many iconic and defining works by non-male artists were showcased alongside an overwhelming display of works by Salvador Dali (1904-1989), Man Ray (1890-1976) and André Breton (1896-1966). A painting by Paule Vézelay (1892-1984) entitled Three Forms on Pink and Brown (1936) shows the influence of surrealism on abstraction, through her experimentation with organic forms, which would become an important part of her visual development. 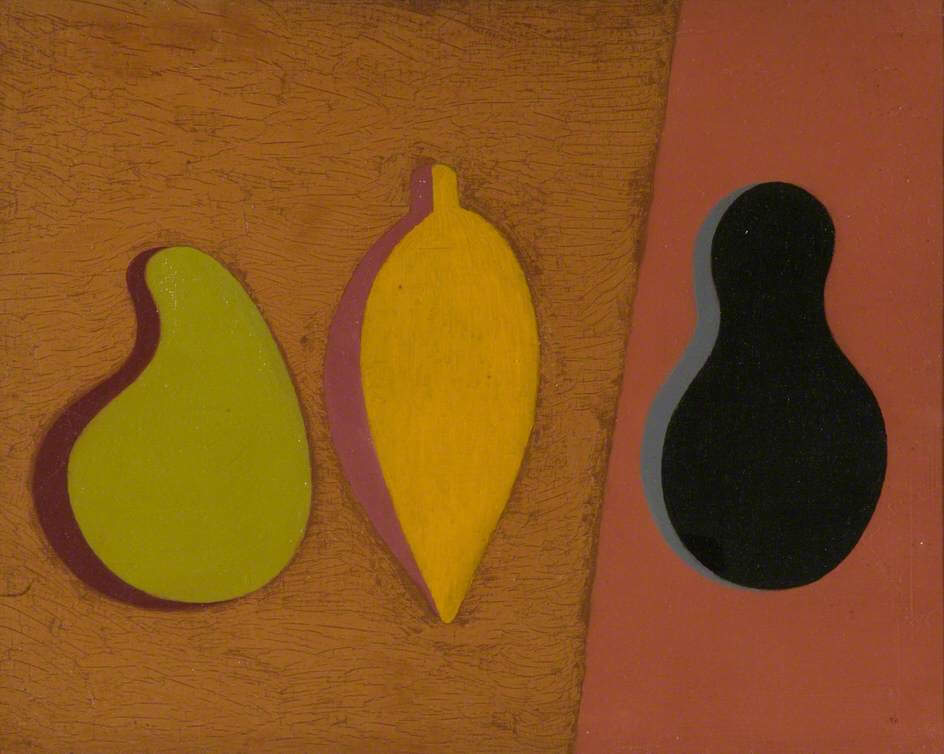 Eileen Agar’s (1899-1991) Quadriga (1935), perhaps her most famous work, is a perfect example of surrealism’s fascination with transformation. Inspired by a photograph of a horse’s head from the Parthenon, which she repeated four times on canvas, Agar’s highly symbolic work echoes the four horses associated with the Apocalypse, a subject closely linked to myth and folklore. Leonora Carrington (1917-2011), who became one of Mexico’s leading surrealist painters after moving there in 1942, is represented by her iconic and mystical work, The Old Maids (1947), in which she transforms the feminine activity of tea-drinking into a fairy tale scene depicting refined ladies communing with a supernatural robed figure with a halo of white ingots – reminiscent of Colonial Mexican religious statuary – and magical animals in hermetic rites. 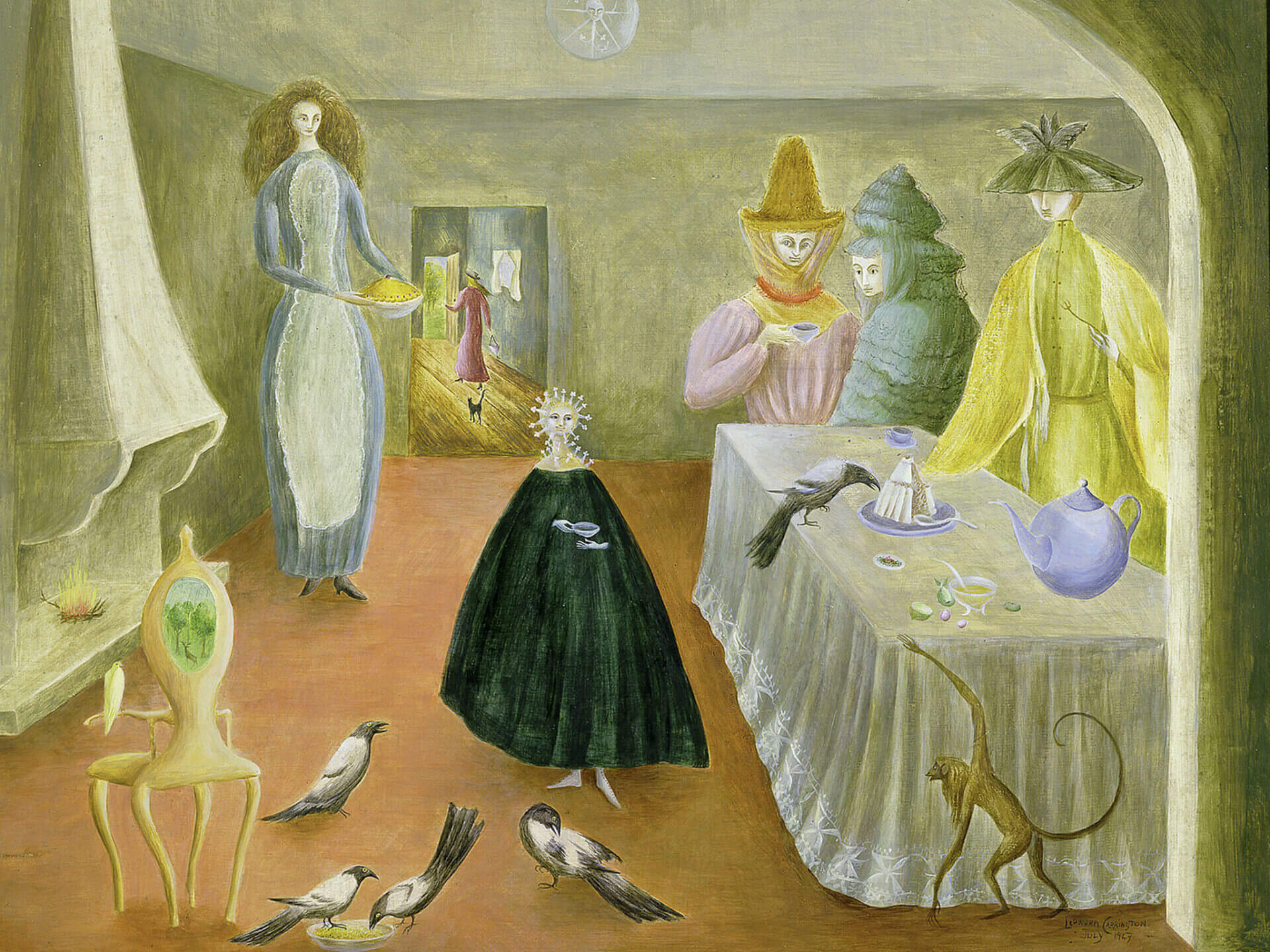 Surrealist photographers are also included such as Lee Miller (1907-1977) but a highlight is Dora Maar’s (1906-1977) Untitled (Shell-Hand), (1934) which is a perfect representation of ‘pure psychic automatism’ at play. This technique was used prolifically by many surrealist artists, most famously Salvador Dali, and granted full control to the subconscious mind, allowing a series of images to develop intuitively (like in a dream) which was then transferred onto the canvas. This work is also representative of surrealism’s fascination with the female body, a vessel for male fantasies, eroticism and fetish. 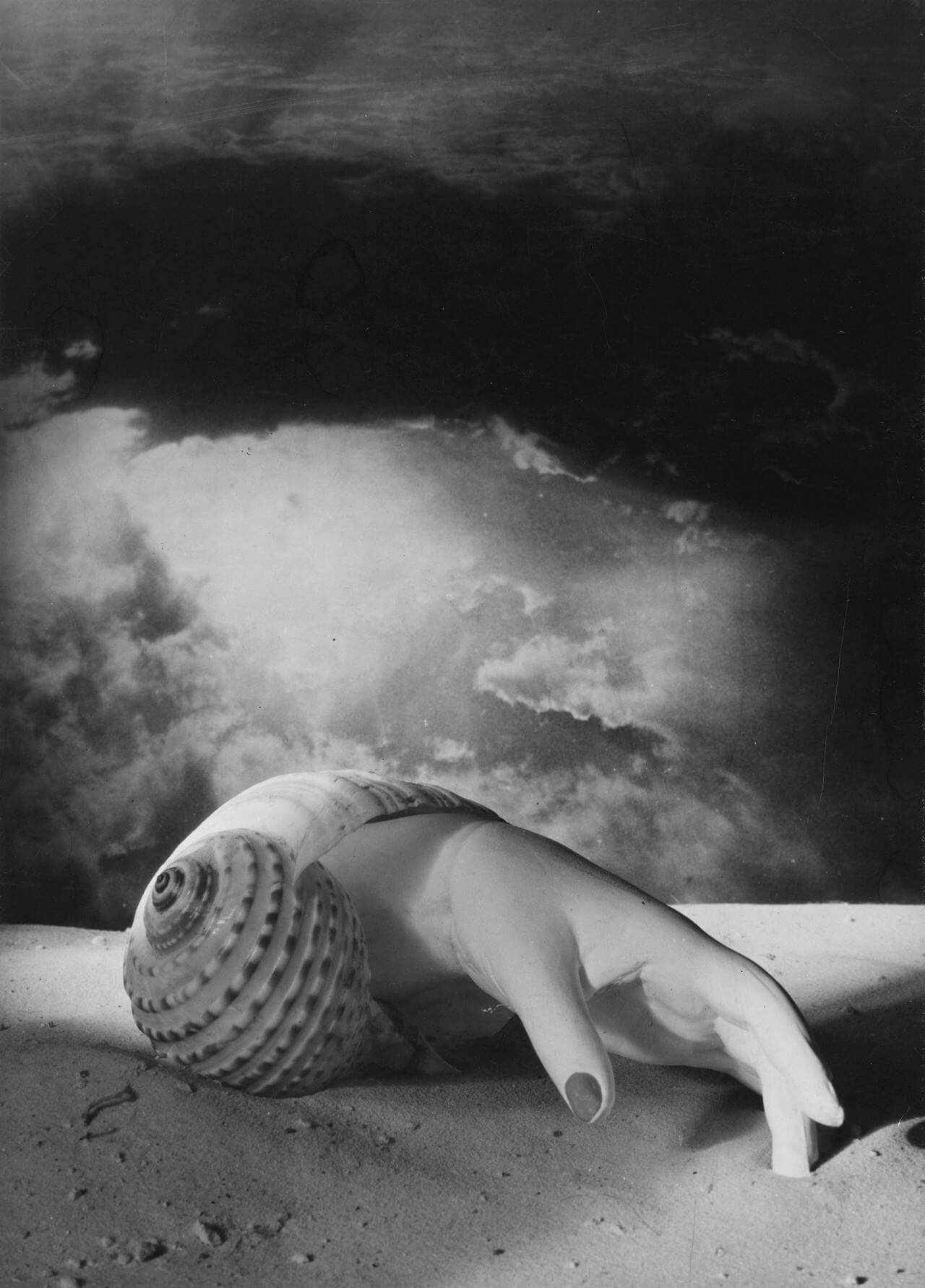 In many ways, this also provided a powerful tool of expression for queer and feminist artists like Claude Cahun (1894-1954), who transformed and appropriated the iconography of women that male surrealists ascribed to them, penetrating their own private dream states to produce radical works centred on the female condition. A series of four self-portraits in the ‘performing gender’ section depicts the artist unapologetically playing with the boundaries of dress by embodying masculinity and therefore gender non-conformity. In the same way as dress is an important element in Cahun’s work, many other artists used fashion as a tool for promoting societal change and for creating subversive, thought-provoking work. 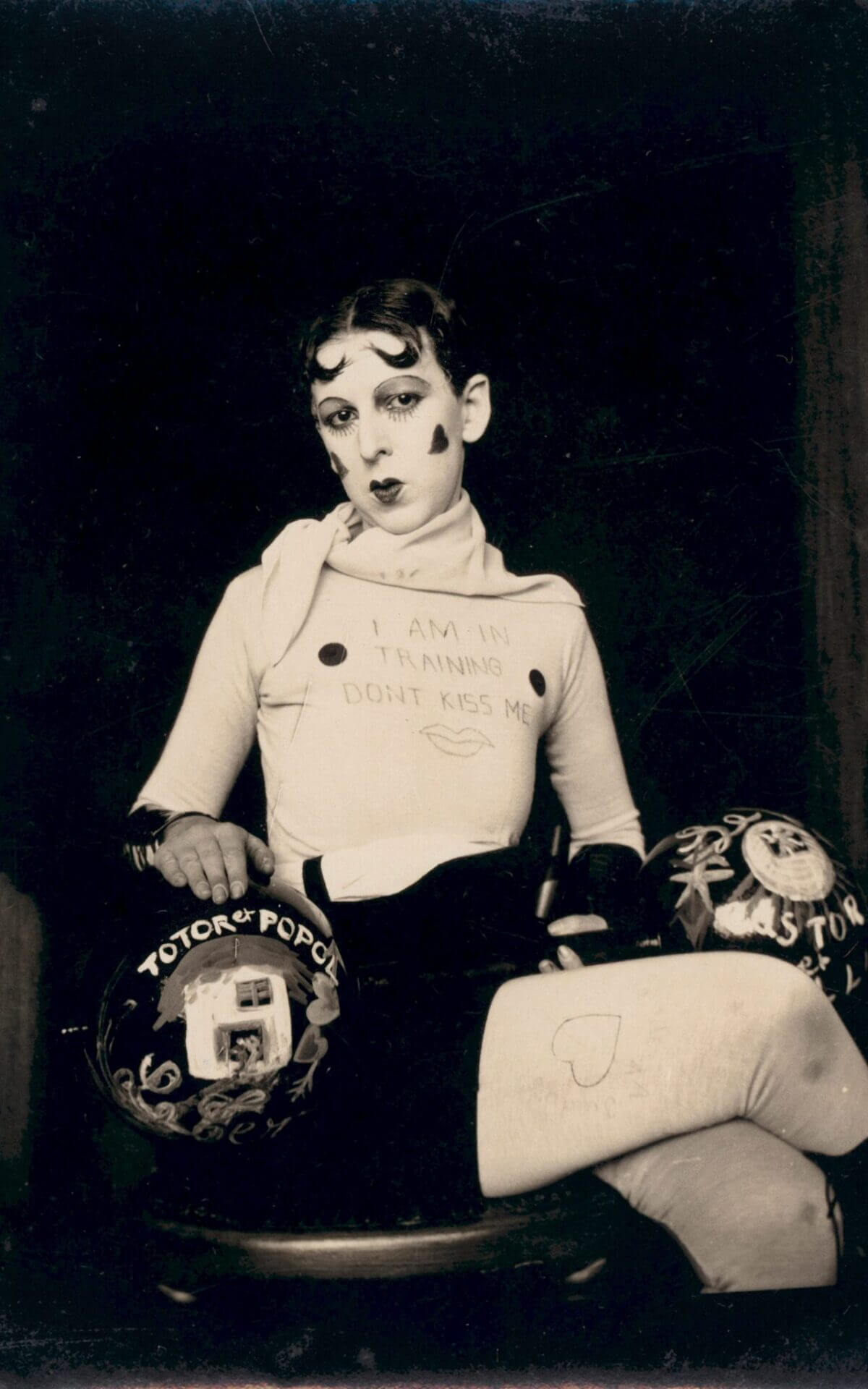 Elsa Schiaparelli (1890-1973) defies gender norms through her unconventional and avant-garde design Evening Dress and Jacket, 1937-1938.  Renouncing clothing’s nature as functional, practical and conventional, Schiaparelli creates daring and political designs that, whilst conceptual, are poignant statements in the context of a still conservative yet changing society. Surrealism has had many ‘rebirths’ in the 20th century and continues to inspire today. In the final section of the show, recording musical artist Bjork (b.1965) is shown on screen performing in her musical videos Hidden Place (2001), Mutual Core (2011) and Utopia (2017) whilst Yasmina Atta’s ‘Kosmos in Blue Look’ (2020) animates the room with its playful mechanical features. The Central Saint Martins graduate brought together an eclectic range of references to create this garment, from African folklore and Hausa architecture to Japanese anime characters and 1960s retro-futurist films. 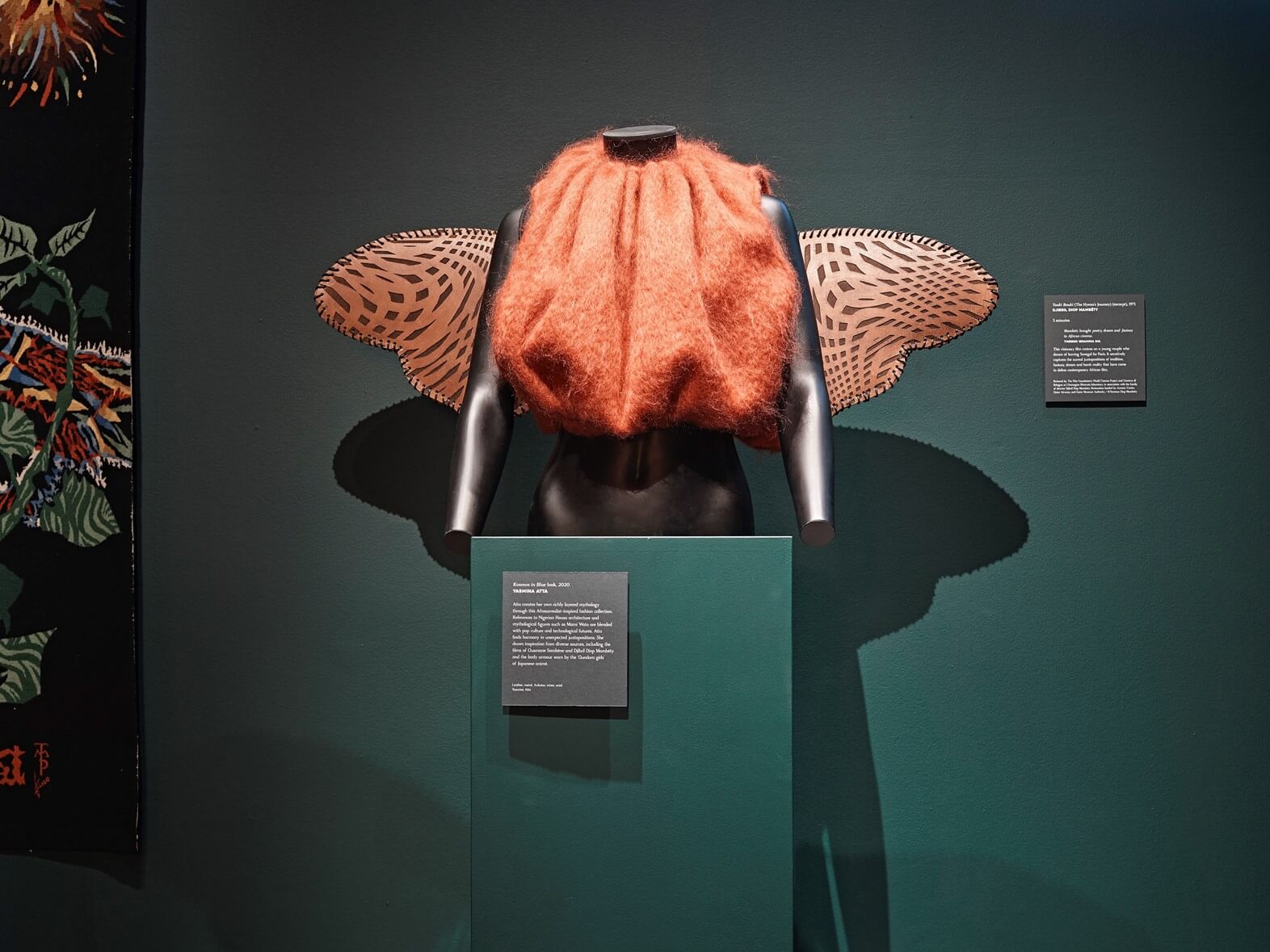 This exhibition will run from October 14th to February 19th at The Design Museum in Kensington.