‘Feminine Power: The Divine to the Demonic’ at The British Museum

‘Feminine power: the divine to the demonic’, which opened on May 19th at the British Museum, prompts us to reflect on how we perceive gender identity today.  Bringing together sculptures, sacred objects and artworks – of goddesses, witches and demons –  from the ancient world to today, and from six continents, the exhibition highlights the many faces of feminine power.Looking at the complex representations and meanings of the divine feminine over time, we can understand how these deities and other figures are central to how diverse cultures perceive the world and how this has affected our own understanding of femininity. Whilst the exhibition includes a large variety of works from a Papier mâché and clay dance mask from the workshop of Sri Kajal Datta (b.1973), Chorida, India, (1994) a Terracotta Gorgon from Italy about 500B.C and a newly acquired icon of the Hindu Goddess Kali by Kaushik Ghosh (2022) to name but a few, a particular work which stands out is The Creation (1985) by Judy Chicago (b.1939). 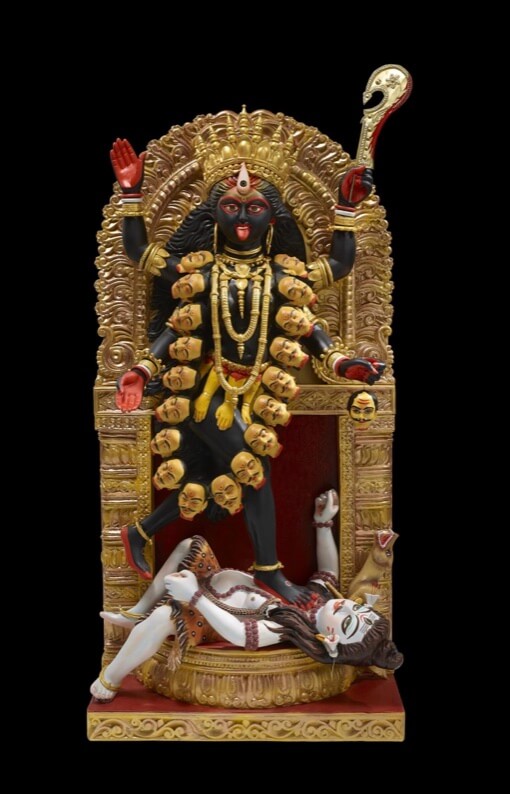 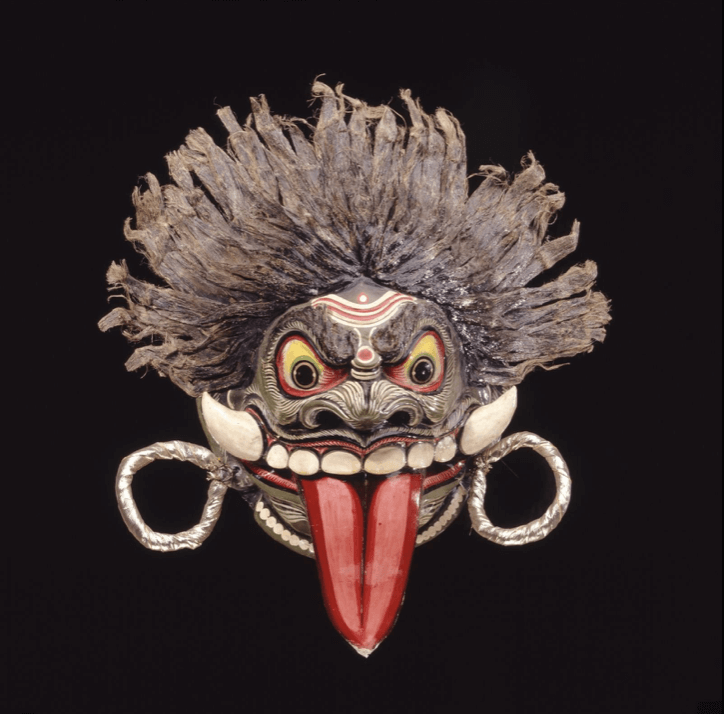 Papier mâché and clay dance mask from the workshop of Sri Kajal Datta (b.1973)

Judy Chicago collaborated with more than 150 needleworkers during the Birth Project in the 1980s to create dozens of images combining painting and needlework to challenge a longstanding tradition in Christian Art depicting a male deity creating life. Chicago celebrates various aspects of the birth process; from the painful to the mythical and more generally life-giving capacities of humans. This print, which relates to a large embroidery, reimagines the creation of the world from a western, feminist perspective where one can see a female deity in a birthing position erupting with life. In 2011, The Creation was exhibited at the Museum of Art and Design in New York as part of an exhibition titled Judy Chicago Tapestries: Woven by Audrey Cowan, the first survey of Chicago’s tapestry designs. In a catalogue essay titled “Judy Chicago’s Tapestries: Persuasions of Change”, senior curator David Revere McFadden wrote about The Creation tapestry: “Casting this archetypal story as that of female fecundity flies in the face of visual, cultural, and religious history. It becomes a metanarrative by implication, reflecting Chicago’s determination to challenge the status quo and to question received knowledge”. 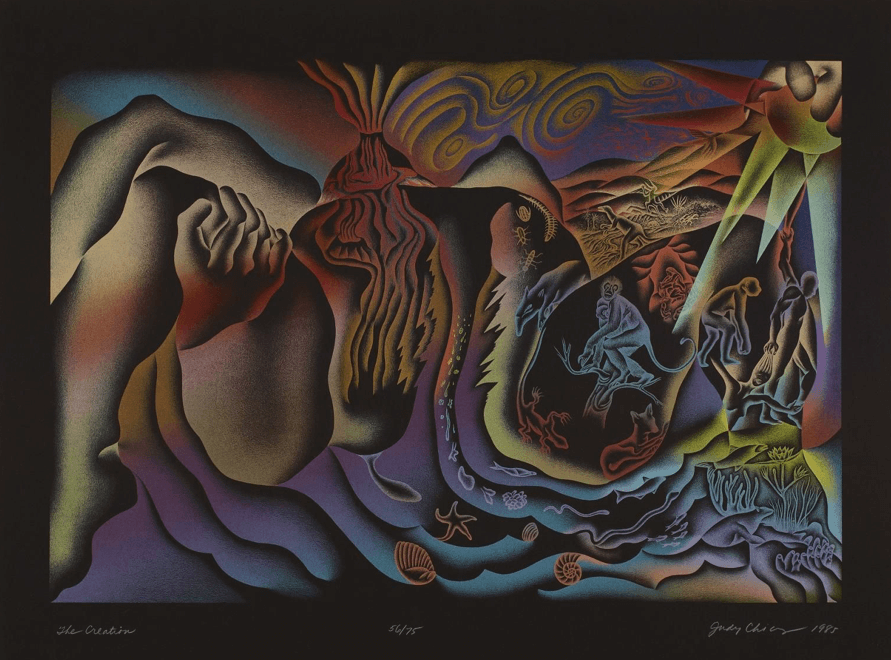 As the way we understand femininity and womanhood today continues to expand, one cannot help but ackowledge the wisdom and enlightenment of these ancient cultures and the way they regarded gender. The divine feminine was considered to transcend all notions of scientific fact (like gender and physicality) and could only truly be understood in close relation to nature and spirituality. With the deconstruction of the binary currently evolving in the 21st century, this exhibition helps us to reflect on how we can move forward in a meaningful way to deconstruct centuries of imposed patriarchal structure and reconnect with the complex, intense, creative, inspiring and multi-faceted ‘feminine power’ of goddess cults all over the world. 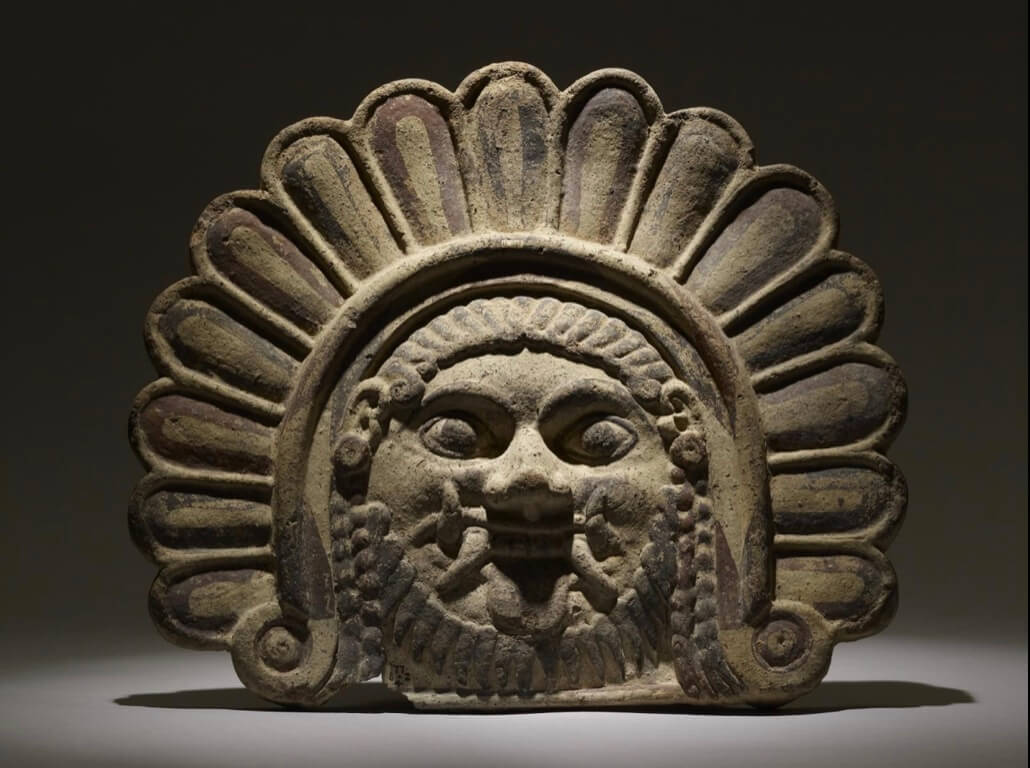 ‘Feminine power: the divine to the demonic’ opened at The British Museum on 19th May 2022 and will run until 25th September 2022