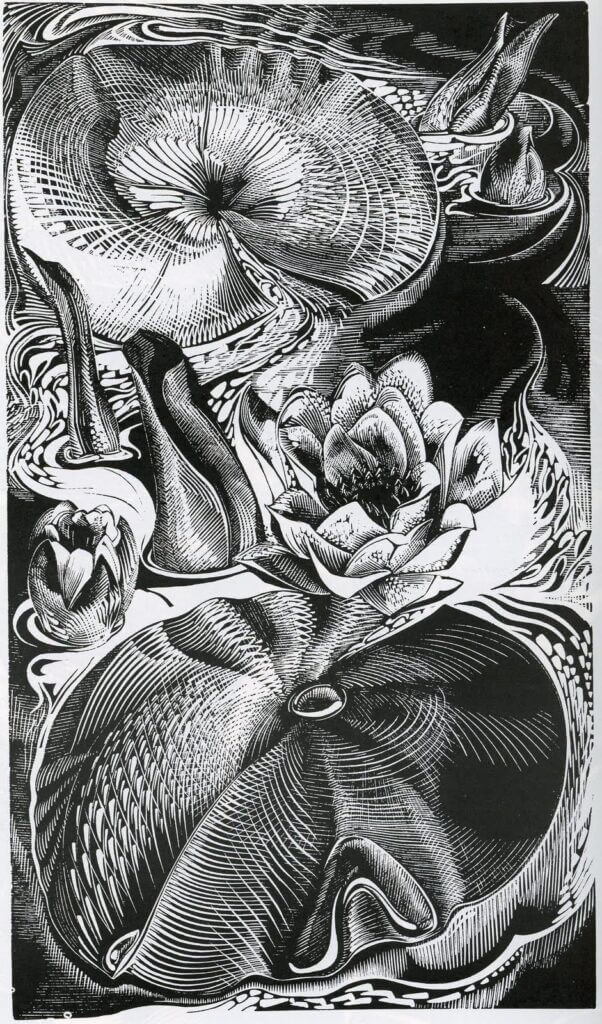 Gertrude Hermes attended the Beckenham School of Art (c.1921) and the Brook Green School of Painting and Sculpture (1922), where she met Blair Hughes-Stanton (1902–1981), whom she married in 1926.
Although they divorced in 1933, they collaborated on several projects, including wood engravings for The Pilgrim’s Progress, published in 1928. She also collaborated with her friends Naomi Mitchison and Prunella Clough (1919–1999) to explore depictions of feminine desire.
The 1930s were a prosperous decade for Hermes, who exhibited for the first time at the Redfern Gallery in 1932.
She also showed regularly at the RA from 1934, was elected a member of the London Group in 1935, and in 1939 represented Britain at the Venice Biennale.
In the late 1940s to early 1950s, Hermes taught at the Central School of Art. When she became the first woman engraver to be elected a full member of the Royal Academy in 1971, she exclaimed “Shame on them!”. In 1981, she was awarded an OBE.